Today we have two rumors that are once again circling the mills. Today’s latest rumors come to us courtesy of Bloomberg via the International Business Times, and notes that in an effort to beat Apple to the punch, Samsung is going to be releasing a Galaxy S5 with an amazing wraparound display.

While the device wasn’t mentioned by name, speculation has it that it could be the Galaxy S5 that gets it since Samsung already has the technology, but the comapny put off adding it to the Galaxy S4 and Note III. That article also confirmed something we’ve been saying for a while – the Galaxy S5 will be released in early 2014.

Fortunately, for us, that means that these most recent Galaxy S5 rumors tend to reiterate what we have said previously. Samsung will apparently be releasing the Galaxy S5 flagship smartphone sometime in early 2014, just as we said might happen. This news still points to the Galaxy S5’s release coming to either the 2014 Consumer Electronics Show or the 2014 Mobile World Congress conferences, both of which are held in January each year.

However, this news reiterates a rumor we wrote about some weeks ago – one we haven’t heard again since, until now. Apparently, according to Bloomberg, the Galaxy S5 will sport a flexible display that wraps around the sizes – which means there won’t be a bezel on this smartphone which is normal for all smartphones to feature, even the devices with the biggest screens. Even the baddest tablets have a bezel, which makes us wonder… Why will Galaxy S5 get a wraparound screen and not the Tab?

Bloomberg notes that Samsung’s flexible wraparound screen is a plan the company is using to put the Galaxy S5 flagship smartphone at the head of the class. The display technology will apparently be used in the S5 as a way to keep Apple from the potential top spot when the rumored iPhone 6 is released sometime in 2014. 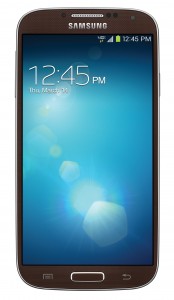 The only difference between what Bloomberg is reporting and what we’ve reported previously is that they believe that the Galaxy S5 won’t make an appearance officially until July 2014 at the earliest. The story quotes an anonymous source, and doesn’t mention the Galaxy S5 specifically, just a “device,” but we still think the report is wrong.

We’ve heard from numerous sources, all of which we’ve names in previous posts, that the Galaxy S5 will feature the wraparound flexible screen, and that the Galaxy s5 will be released in the first quarter of 2014 – the end of January at the latest, and we’re not the only ones with this same info.

The Future of the Galaxy Line

While the iPhone 6 is said to be getting the same wraparound display technology, or at least something similar, the fact is that no matter which release date is right, and no matter what type of technology Galaxy S5 ultimately features when released, it will be released before the iPhone 6 will. This will give the Galaxy S5 and Samsung a sizable head start that will likely help the device dominate sales, even after the iPhone 6 finally makes it to the scene – because this time, it’s not fashionable to be late.

Do you think the Galaxy S5 will get a wraparound display? Let us know below!