Confirmed: Galaxy S5 to Get ISOCELL 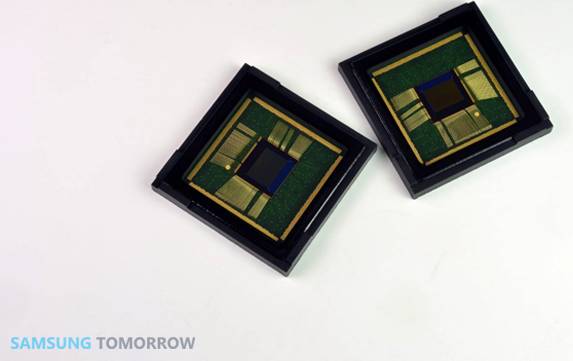 Today, instead of a Galaxy S5 rumor, we’ve got a couple of confirmations for you via Samsung. The first was  a Samsung press release that confirmed some of the Galaxy S5 rumors we’ve brought you over the last two months.

More specifically, Samsung Tomorrow, the Samsung Global news site, has confirmed that the company’s own ISOCELL CMOS image sensors are for real. While we pretty much knew this already, what we had not yet confirmed was the use of these sensors on the Galaxy S5, but today that rumor has left the mill and made its way to the “confirmed” category.

According to the International Business Times, Samsung announced that the company was working on 16-megapixel technology for upcoming devices, though the IBT noted that that every Samsung smartphone released starting 2014 – and beyond – will sport no less than a 16-megapixel camera utilizing the ISOCELL sensors.

According to the Samsung press release, the ISOCELL technology works by increasing a camera’s sensitivity to light, allowing for the camera’s sensors to take control of the way the camera absorbs electrons. Samsung says that this process essentially results in, “higher color fidelity even in poor lighting conditions.” Samsung also states that:

“The quality of an image sensor is determined by the amount of light that is accurately captured by the individual pixels within the sensor array.”

Samsung also notes that the market wants increased image quality and pixel resolution, and providing that quality has been a difficult task, tough the company was able to meet market expectations by focusing on individual pixel light absorption and

“BSI (Backside Illumination), which places photodiode at the top to maximize photoelectric efficiency … ISOCELL technology forms a physical barrier between neighboring pixels – isolating the pixel … This isolation enables more photons to be collected from the micro-lens and absorbed into the correct pixel’s photodiode minimizing undesired electrical crosstalk between pixels and allowing expanded full well capacity (FWC).”

Check Out the Differences Yourself 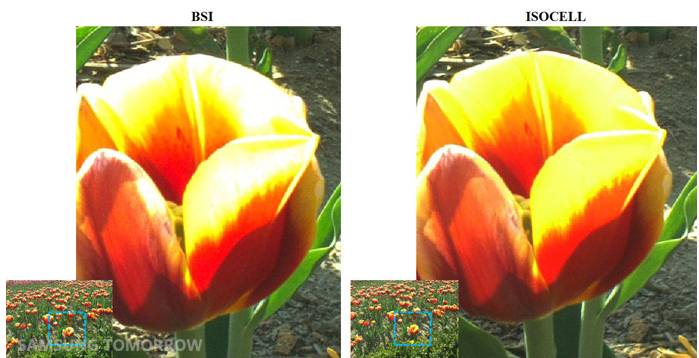 Although Samsung has not actually confirmed whether the Galaxy S5 exists or not, we can almost be certain that the device will exist eventually. We do know that when it is officially announced it will definitely get the 16-megapixel camera.

How do we know this?

Because it’s been confirmed that the Galaxy S5 will be announced at Consumer Electronics Show in January 2014 at the earliest, and if not at the CES 2014, then at the Mobile World Conference 2014. No matter which of the two conferences the Galaxy S5 is announced at, it is set for 2014, so we can safely say that it will get the 16-megapixel camera with ISOCELL sensor technology.

What do you think about the difference between the two photos above? Do you want Galaxy S5 to sport ISOCELL?