Galaxy S5 at MWC or CES – You Be the Judge 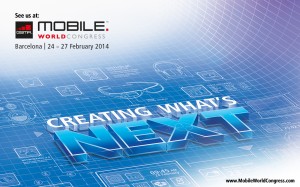 With all of the different Galaxy S5 release date rumors that have made it through the mill so far, is it any wonder that the newest of them are saying that Samsung could possibly announce the highly anticipated device’s release date at the up and coming Mobile World Congress in Spain January 2014?

An interesting rumor to say the least, since previous rumors we heard (and mentioned here) noted that it was highly likely for the still-rumored device to release at the up and coming Consumer Electronics Show in January of 2014.

Will Galaxy S5 be at Mobile World Congress?

For those who aren’t familiar, the Mobile World Congress is an annual event that features speakers, exhibitions, and a ton of forums, workshops, and other events regarding the worldwide mobile industry. Last year’s MWC featured 40 keynote speakers who talked about the current state of the mobile industry.

Each speaker announced an important change or addition to each respective company’ services and while it is a bit early to determine whether Samsung will indeed attend the MWC 2014, the likelihood is high that he Korean-based Smartphone company will show up with something.

Or Will Galaxy S5 be at CES?

On the other hand, we heard previously that Samsung will announce and show off a prototype of the up and coming Smartphone at the CES 2014. The CES, held in Las Vegas, Nevada each year, also features a host of important industry leaders from across the world, but from many industries other than the mobile industry.

CES is traditionally the consumer show at which many mobile manufacturers have announced their devices in previous years, and it is the show that made the record books in 2011 having announced more than 100 tablet PCs, so it makes sense that Samsung would indeed show up to announced the up and coming galaxy S5 at CES.

You Be the Judge…

Those who are touting the MWC rumor allege that it is “unlikely” that the company will announce the phone at CES, let alone show up at the event, even though there’s nothing to back up that claim. On the other hand, Samsung is known for showing up at the annual CES event, so we think it is more likely for the company to release the Galaxy S at CES 2014 instead, if it is released in January at all.

Whether the Galaxy S5 is released at CES 2014 or MWC 2014, the fact remains that the device will sport a ton of features that will blow anything else on the market out of the water. Rumors point to the Galaxy sporting a 64-bit CPU, either the Snapdragon 800 or the Exynos 6; an amazing mobile operating system, either Android Kit-Kat or Tizen; a 16-megapixel camera with ISOCELL technology, and 4GB RAM all coming wrapped in  pretty metal packaging.

Do you think Samsung will release Galaxy S5 at the CES 2014 or MWC 2014 instead? Let us know in the comments below!