A Korean tech publication appears to have the latest scoop concerning the Samsung Galaxy S5, and we’ve seen just about every single tech publication on the web follow suit with its own “confirmation” of that rumor.

In fact, a Mashable report states that in an, “effort to kick start slowing sales of its current model,” the Galaxy S5 is being released much sooner than anyone anticipated that it would. 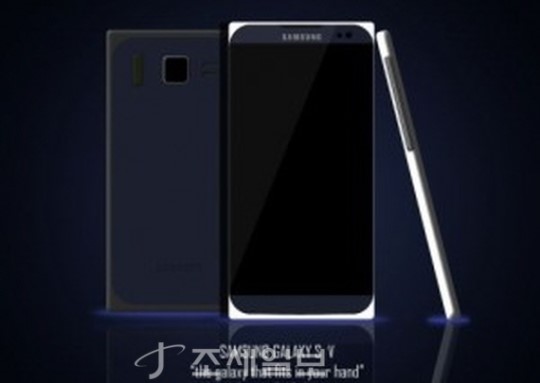 According to the report, Korean tech news and review website Naver was started and is still powered by ex-Samsung employees, all of whom have said they believe that Samsung will show off the new Galaxy S5 at the upcoming annual Consumer Electronics Show, which is being held in in Las Vegas January of 2014.

This release date is at least 3 to 4 months earlier than anyone expected it to be, as the original release date rumors pegged the device for April 2014.

While we know that nothing is set in stone, the features we and other tech publications predicted were the likely candidates, especially considering the timeline for its release.

So what does Naver have to say about the tech specs?

That for starters, Galaxy S5 will not feature the Snapdragon processor by Qualcomm as we expected. Naver says that S5 will offer Samsung’s own Exynos CPU instead. Additionally, we pegged the S5 to have an awesome camera, though we thought it would be better than the 16 megapixels that Naver is expecting.

In any case, Samsung’s strategy for selling off the Galaxy S4 appears to have slowed, and that is partly the basis for the CES rumor. No matter how you look at it though, Samsung only has itself to blame for the apparent slowing sales of the Galaxy S4.

How could Samsung expect anyone to purchase the S4 knowing the S5 is on its way? Samsung should have known that the leaks and rumors circling the mill would have caused Galaxy fans to hold off on buying the S4 – even if none of the leaks or rumors are confirmed. It’s happened previously, and was likely to happen again and for all intents and purposes, te S4 is now an outdated and soon to be obsolete Smartphone.

The good news about this release date is that it opens up a whole world of possibilities in terms of features Samsung could still possibly offer for the device that were previously thought to be impossible – like Kit Kat. However, if it is true that the S5 will use Samsung’s own processor, what then are the chances that it will sport Samsung’s own Tizen mobile operating system instead of Android Kit Kat?

What do you think about the potential new features for the S5? Let us know in the comments.