With the Nexus 5 finally released – a powerful combination of Android Kit-Kat and LG’s awesome technology, fans of the Galaxy are wondering when their turn is coming. Though the rumors are heating up about the Galaxy S5 again, some have turned their attentions toward the Nexus 5 because of its release.

Nevertheless, we are here to tell you to come on back and see what Galaxy S5 rumors are flying through the mill today – there is a reason the rumors are heating up again.

Once again, we have heard about a Galaxy S5 release date – and it seems that our initial prediction that the Galaxy S5 will be released at the 2014 Consumer Electronics Show is on track to being correct. All indications point to that date, or at the very least, an otherwise early January 2014 release date says the International Business Times.

However, while that same IBT report says that the newest Android Kit-Kat mobile operating system the Galaxy simply because it is the power behind the Nexus 5, that will not necessarily, be the case.

The IBT’s reasoning behind their thinking that Kit-Kat will be automatic is sound, as customizing Kit Kat so that Galaxy users can experience their own, higher end version of the mobile OS is a probability, and it is possible that Samsung could scrap Android altogether in favor of its own Tizen operating system.

Tizen’s use in previous Samsung devices went over very well with users, so blending it with Kit Kat would be the next best thing, and it could mean finally outdoing the iPhone. 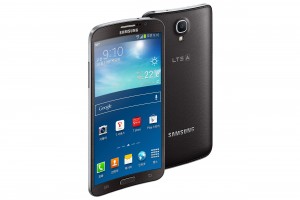 Galaxy Round Via Samsung Media Library

Considering the iPhone 6 is rumored to be on the way, this too seems a probable scenario – besides, the Tizen Mobile OS would be an awesome match-up to the yet again rumored Exynos 6 octal-core CPU made by Samsung LSI.

Read that again – made by Samsung LSI.

Need we remind the world just who keeps winning those lawsuits?

In any case, we also think that the S5 iteration will see a bit of a redesign as compared with previous models. It’s entirely possible that the Galaxy S5 will see a design that is more along the lines of the Samsung Galaxy Round that released in Korea just a few weeks ago.

Highly popular at its release, the success of Galaxy Round points at the possibility that the rumors of a flexible screen made just for the Galaxy S5 is possible.

And because it’s gone over so well with the Korean audience, we think that Samsung might just have the  inkling to release a similar design here. We hope they do anyway –  we think they should if the company wants to keep ahead of the pack and keep fans interested.

Do you think the Galaxy S5 will see a flexible screen like the Galaxy Round has? Let us know in the comments below!