We’ve seen another interesting rumor parading itself around the mill the last few days, and it confirms the ISOCELL camera technology rumor, courtesy of the Analysts Day documents, as well as the 2,000 display, 560 ppi rumor.

A bit different from what we’ve heard previously, when taken in context with  other speculated Galaxy S5 features, the device becomes the epitome of scary cool tech.

Will Galaxy S5 to Get an Eye Scanner?

Apparently, according to Slashgear, the Galaxy S5 is getting an eye tracker/scanner in an attempt to up the Galaxy’s security game and if Samsung does decide to give the Galaxy S5 an iris scanner, the long-awaited device would be the first of its kind on the market. 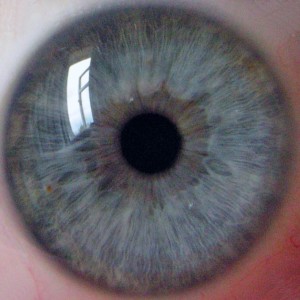 According to the report, the scanner will allow the Galaxy S5 to scan a user’s iris, and then use that scan to lock and unlock the device.

The eye scanning technology will also be used for other authentication needs, says NDTV.

Combined with Samsung’s facial recognition abilities that have been enabled for some time now, the iris scanner opens the door to a whole new world of possibilities for device owners and app developers alike.

Once the developers get their hands on the developers kit, there will be an explosion of potentially useful apps – or apps that could be used for other, not so noble purposes in the same way that hackers create fake apps and slide them into the App Marketplace.

Either way, the potential for a device with this kind of technology will eventually drive competition, and lead to apps and features with abilities that are even more useful.  And we don’t mean those that would be released for increased security measure on the phone itself.

Check out these potential uses that an iris scanner can have:

We’ve talked about all sorts of rumors and speculated features that we’ve heard Galaxy S5 might see, the features conceptual designers speculated, or the features that the experts just can’t seem to agree to disagree on, but the iris scanner is truly the best.

Banking and Money apps: For example, while we can use banking and money transfer applications now, an iris scanner could be used as part of a two-step authentication protocol to ensure that the owner of the device is the person actually making the money transfer.

Health Related Apps: Another potential use could be health related, potentially giving users the ability to “see” their eye doctors without having to go for a visit. We have mail order contact lenses, so why not the contact fitting exams too?

Many have even been reiterated dozens of times over, such as the awesome camera powered by ISOCELL and Lytro technology, or the rumored fast as heck processor – whether it is the Snapdragon 800 or the Exynos 6 by Samsung does not matter.

Of course you can’t forget about the potential mobile operating system possibilities; three to be exact, from vanilla Android OS and Samsung’s Tizen OS, to a blended Firefox Tizen OS.

No matter how you look at the Galaxy S5, or which features and specifications it actually gets shipped with, the fact that it is the single most anticipated device not yet on the market hasn’t changed, and we don’t expect it to anytime soon.

What do you think about the different feature rumors? What would you want to see on your Galaxy S5? Let us know in the comments below!