Galaxy S5 to Get Updated Design with Carbon Treated Body?

Over the last few days, we’ve seen a number of “new” rumors making their way through the mill concerning the Galaxy S5, some of which seem to confirm some of our previous reports about the much-anticipated Samsung device. Let’s get started, shall we?

To start, it’s been rumored once again that the Galaxy S5 – predecessor to the well-received Galaxy S4 – will feature a huge design change from its predecessor.

Apparently, says TrustedReviews.com, Galaxy S5 will indeed feature a metal body, but not just any metal body. In fact, says the rumor, the Galaxy S5 will feature a “diamond metal” metal body that will make it even more scratch, ding and dent resistant than any of the S5’s predecessors have ever been. 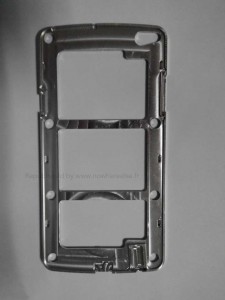 According to the report, while the Galaxy S5 will not be diamond encrusted, or contain any bits of the precious gem at all. However, the way that the device’s frame and body will be made will make the device just as hard as diamonds are, hence the name “diamond metal.”

Apparently, Samsung is in the middle of a research project to determine how they can use the diamond metal on the devices, and that one method will “apply the diamond metal surface treatment technology to metal cases.”

This application technique should result in its increased resistance to normal and even moderate wear and tear.

Normal wear and tear is defined as the normal use of a device that results in a variety of scratches, dings, and dents in its body – especially when that body is made from metal such as the ever-popular aluminum.

The ‘technology” involved is carbon fiber treatment, says the report.

The Galaxy S5 will apparently be getting a display that features a 1440 pixel by 2560 pixel resolution, according to NDTV, which is about 560 pixels per inch. The report also states that Samsung announced the plans for the hefty display at the Korean Analyst Day event. 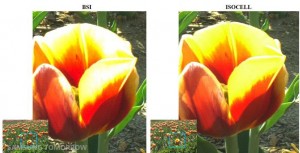 ZDNet Korea has said that Samsung is already developing a handset with similar specifications, and that Samsung would release the device in February of 2014.

This information points to a possible Mobile World congress release date, instead of a CES release, which we still think could be possible.

It is also possible that the device currently in development and the device getting the massive resolution could be two separate devices.

Since he ZDNet report doesn’t confirm the display resolution, just that there is a device in development suggesting a resolution, it is easy to think this.

As always, until Samsung decides to let the world in on its secrets, we’ll just have to wait and see.

When do you think Galaxy S5 is coming, in January or March? Let us know in the comments below!