A video popped up from Samsung stating that the Galaxy J would be released on Monday, December 9, which caused a panic for those awaiting the Galaxy S5.

Why was it such an issue?

Because the latest rumor around the mill says that the Galaxy J is in fact none other than the Galaxy S5, but is it? The simple answer is no, it is not.

According to a strange and contradictory post by the International Business Times, the long awaited release of the Galaxy S5 is here, and it is releasing in Taiwan as the Galaxy J. The IBT’s exact statement is:

“Samsung Galaxy S5 release date is scheduled today after Samsung has teased fans with a video of a handset with metallic body.”

While we appreciate the enthusiasm, and we know that it is exciting to think that the Galaxy S5 is in fact being released today, we think you shouldn’t get your hopes up. There are too many contradictions between the Samsung J the Galaxy S5, and what we know about both for the former to be the same as the latter. 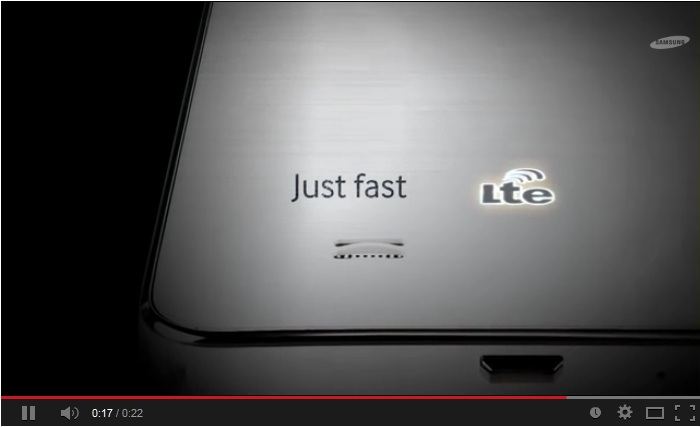 Samsung Just for You Video Shot

Maybe J is a scaled down version, but even at that, it would still have the same name, or a version of it if it were a Galaxy S5 iteration instead of J, which couldn’t be farther from the naming convention we’re expecting.

Samsung released an extremely controversial video of the Galaxy J, which appears to be a device with a metal body, which was dubbed the Galaxy J, and it is set to release in Taiwan in just a couple of hours. The IBT and other analysts claim that the device in the video is none other than the Galaxy S5 because of that metal build – but is it?

The video itself was made for and released in Taiwan, and we already know that the Galaxy S5 will be coming to the U.S. and not going to Taiwan, so based on that fact alone, this is not the Galaxy S5 being released today as the IBT claimed. That sane post says as much when it admits that:

“Despite not being the much awaited Samsung Galaxy S5, the Galaxy J packs interesting specs and features.”

You can see the Samsung Galaxy J Video here.  Otherwise, keep reading for more proof that this is not the Galaxy S5.

The Contradictions are Too Great

The Galaxy J packs a SuperAMOLED Full HD screen, a 2.3 GHz Snapdragon 800 quadcore CPU, and is coming with Android 4.3 Jelly Bean. It will also sport a 13.2-nnegapixel camera, 3 GB RAM, and a 2,600 mAh battery, 3G and the usual Bluetooth and other features

While these specs are good, they aren’t nearly as good as what we already know the Galaxy S5 will sport – they the Galaxy S5 features have all but been confirmed via various sources in the past.

Some of the Galaxy S5 specs we know about include the Exynos 6 64-bit CPU that will pack at least four cores and possibly eight – with the ability to run simultaneously. It’ll also feature the newest Android 4.4 Kit-Kat mobile operating system and a much better 16 megapixel camera with ISOCELL and optical image stabilization, and 4G LTE capability powered by 4 GB RAM and a 3,500 mAh battery.

It is expected that the Galaxy S5 will be released sometime in January – quite possibly at the Consumer Electronics Show (CES) 2014 as we previously reported. However, keep in mind that Samsung has yet to make the Galaxy S5 official, so we’ll have to wait and see.

What do you think about the Galaxy J News? Let Us Know in the Comments!