Now that the holiday weekend is almost over, and Cyber Monday is almost here, we thought we’d talk about the newest mobile operating system and release date rumors running around the mill of late.

The mobile OS rumor is a doozey, so prepare yourself… 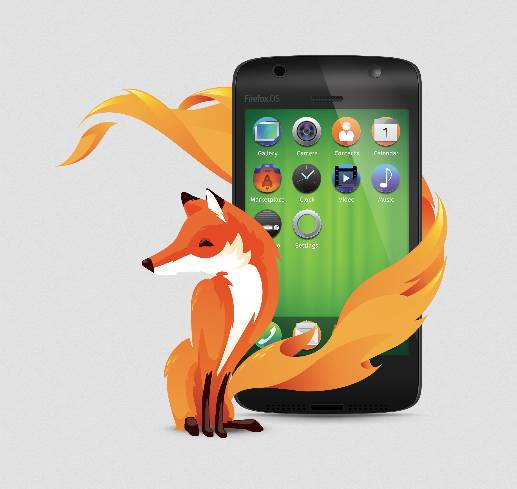 Apparently, the Galaxy S5 will not sport Kit-Kat, but instead it will feature a Tizen-Firefox mish-mash says DesignTrned via the International Business Times.

Wonsuk Lee, chief secretary of Samsung, attended an HTML5 conference, at which he stated that Samsung is working on a Tizen-Firefox relationship.

Apparently, they thought about combining their resources because both mobile operating systems are coded using the HTML5 standards.

Samsung has had a hand in helping to create Tizen alongside a number of other smartphone manufacturers in an effort not to get away from Android, but to make it better.

Essentially, the report states that the Firefox mobile OS would be used on “entry-level smartphone models and Tizen would run on both low and high-end devices.”

This rumor isn’t new to us, since we told you about the possibility that Samsung could go with Tizen some months ago, but the fact that Samsung’s secretary is saying that there is a partnership between Tizen and Firefox is new.

We hate to admit it, but the Tizen Firefox mash up is not something we expected, especially since Firefox just released its own mobile OS not too long ago.

Not to mention the fact that Android 4.4 Kit-Kat was just released, and Galaxy fans are all hoping to get a taste of the Kit-Kat bar on their much-awaited Galaxy S5 device, still to be announced.

Apparently, both versions will come with a flexible OLED screens, and quite possibly the bendable display we previously told you about, in addition to a metal chassis we told you about in a post last week.

Otherwise, the Galaxy S5 is due to be an awesome smartphone. For those of you loyal fans out there who can hardly seem to wait, you are right to be excited about this phone. It will be the first from Samsung in 2014 with the Galaxy name, so no doubt Samsung will [we hope] go all out in the features it offers users on the device.

No matter what operating system or chassis type the Galaxy S5 will sport, those awaiting the Galaxy release and other loyal fans aren’t going to have to wait too much longer. The same report confirms our previous thoughts about its release date, and  pegs the Galaxy S5 announcement for sometime in January.

February is a possibility as well – with manufacturing to coincide with a March 2014 release date.

What do you think about the possibility of a Tizen-Firefox Mashup and two Galaxy S5 devices?