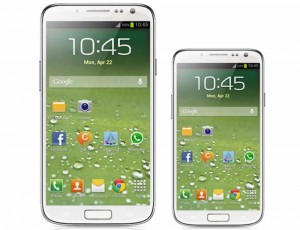 Samsung is known for releasing multiple versions, or variants, of its flagship smartphone. The Galaxy S5 Mini is one such variant that features a smaller body and slimmed-down specs. But many people are criticizing Samsung for its uninspired approach to the Galaxy S5 Mini. If you’re thinking about ordering this device, you should read the following and then make your decision.

Another notable difference between the two devices is the construction. The Galaxy S5 is manufactured with a soft, almost rubber-like plastic that’s comfortable to hold and use. Unfortunately, Samsung opted for a harder form of plastic with the Galaxy S5 Mini. This material looks and feels cheap, which is something that most users want to avoid in their smartphones.

“It feels like a mid-range handset. It’s not a cheap plastic sort of feeling, but nothing screams quality. The S5 Mini is trying too hard to imitate the flagship Galaxy S5. It would have been better placed making a few changes to create one or two distinctive notes that would make it stand out,” wrote Forbes in its review of the Galaxy S5 Mini.

Do you think the Galaxy S5 Mini is a step in the wrong direction for Samsung? Let us know what you think in the comments section below!