According to a recent concept image (see below), the answer is “maybe.”

There’s still no official word from Samsung regarding the hardware specs of the company’s upcoming Galaxy S5, but a recently released concept image depicts the next-generation smartphone with an aluminum and leather body. As you can see, it’s a highly stylish design that looks incredibly realistic, which is why some tech industry analysts now believe it’s true.

In the concept photo, you can see an ultra-thin smartphone that follows a similar structure as the previous Samsung Galaxy S4. Upon close examination, you’ll also notice the screen is curved, which is a rumor we discussed in a previous blog post. There’s plenty of evidence supporting a curved 5.25-inch display for the Galaxy S5, making this photo just a little more believable.

An article published at the ibtimes.co.uk states that Samsung is heavily pushing curved screen technology in products displayed at the Consumer Electronics Show in Las Vegas, Nevada. 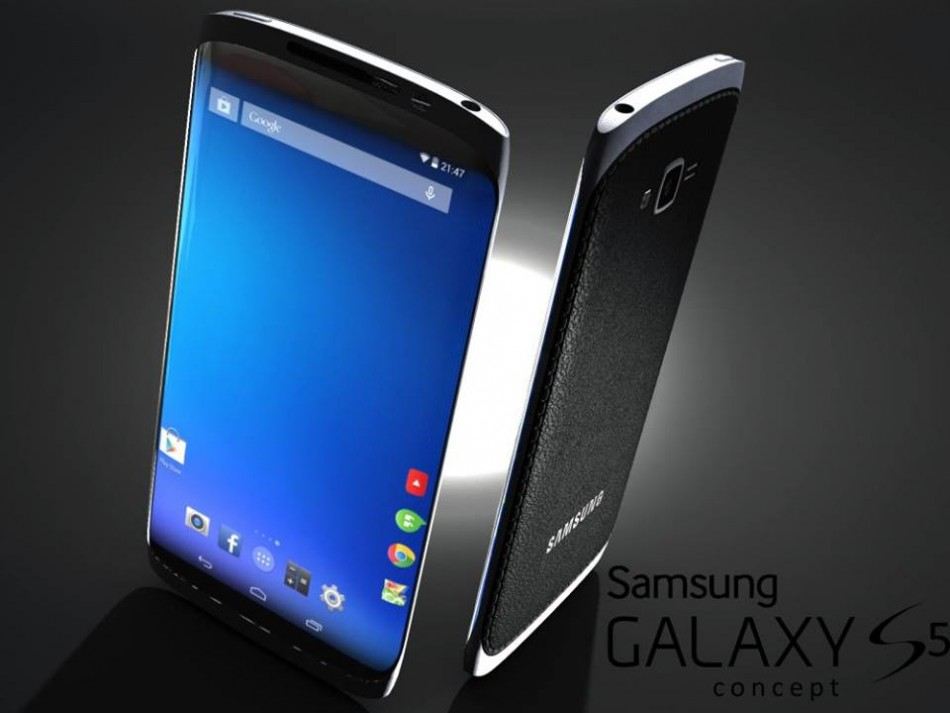 The interface depicted in the Galaxy S5 concept image is also worth nothing. Currently, there are no Galaxy devices using this same interface, but it does bear a striking resemblance to the HTC One’s BlinkFeed.

Maybe, This Is True…

Like most images online, you have be skeptical of anything published from an ‘unofficial’ source, but this Galaxy S5 concept image was actually published by a reliable source.

Earlier this week, American writer, editor and phone industry leaker EvLeaks posted this concept image to his Twitter account, claiming it was the real deal. EvLeaks has a pretty good track record of leaking factual information, so there’s a chance the Galaxy S5 will feature an aluminum and leather body.

But Maybe It’s Not…

It’s hard to say whether or not this — or any information regarding the upcoming Samsung Galaxy S5’s hardware — is accurate. Although it’s coming from a source that people known and trust in the smartphone industry, Samsung remains quite on the specs of their future flagship smarthphone device. This shroud of secrecy has raised many eyebrows from both consumers and tech analysts alike.

Be sure to check back with us here at galaxys5us.com for all the latest news and industry leaks regarding the upcoming Galaxy S5!

What are your thoughts on an aluminum and leather body for the upcoming Samsung Galaxy S5? Let us know in the comments section below!