We’ve known about Samsung’s premium smartphone for months now. The device was originally rumored to be named the “Galaxy Prime,” but recent reports suggest it will be called the “Galaxy Alpha.” What we don’t know, however, is when exactly Samsung plans to release it, or why they are taking so long. This year, we’ve seen an influx in smartphones with large screens that teeter on the line of being called a phablet. The Galaxy S5, for instance, boasts an impressive 5.1″ display, and Apple announced that both the iPhone 6 and iPhone 6 Plus would feature larger display screens. So, what size screen will Samsung include in its upcoming Galaxy Alpha? According to PhoneArena.com, the Galaxy Alpha will have a slightly smaller 4.7″ Super AMOLED display with 720 by 1280-pixel. What truly makes the Galaxy Alpha stand out from the rest, however, is its physical design. It may have a smaller display screen with a lower pixel resolution, but the overall body design is quiet impressive to say the least. At just 6.7 mm, it’s the thinnest smartphone manufactured by Samsung — even thinner than the Galaxy S5. In addition to its sleek and slim design, the Galaxy Alpha also… 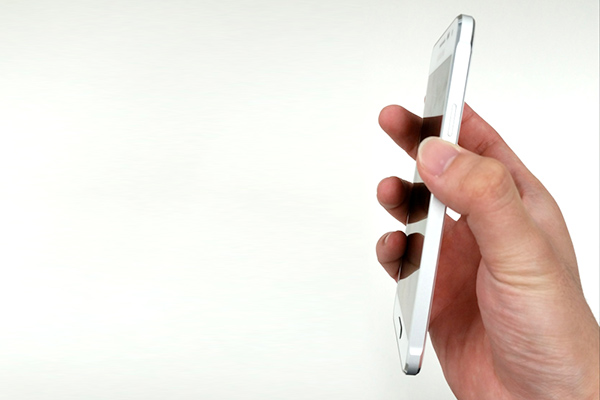 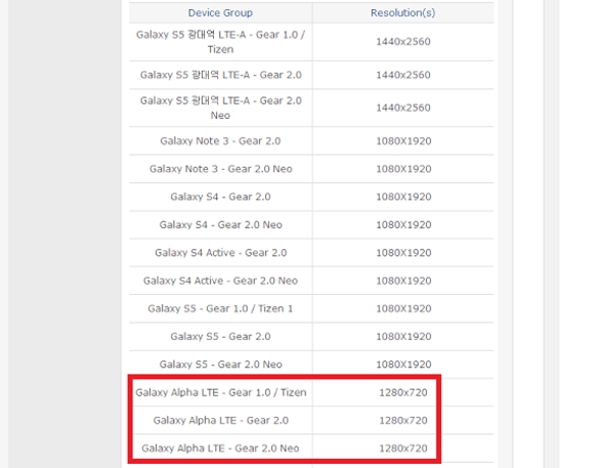 We’ve known about Samsung’s upcoming premium Galaxy S5 variant for some time. It’s been called the Galaxy Prime, Galaxy F, and now the  Galaxy Alpha. While most people were expecting the South Korean company to wow us with high-end hardware and software specs, it looks like the Galaxy Alpha could be a little underwhelming. So, what’s the scoop on the Samsung Galaxy Alpha? SamMobile published a screenshot of Samsung’s developer console earlier this week (see image above), revealing a surprising display resolution of just 720p. Assuming the screenshot is correct, the Samsung Galaxy Alpha will run  720p resolution. Granted, that’s technically considered high-definition, but we were expecting higher resolution for its premium flagship variant. The launch-edition Galaxy S5, after all, features 1080p screen. It’s worth noting that the screenshot only reveals the name “Galaxy Alpha;” therefore, it’s safe to assume Samsung will call its new variant the Galaxy Alpha and not the Galaxy Prime or Galaxy F. Personally, I prefer the name “Galaxy Alpha” over the other suggested variant names. It’s catchy, simple, and it sounds dominant. But a name is only going to take the device so far, it’s up to Samsung to follow through with the hopes of consumers by…