Last week, we brought you news suggesting that Samsung’s future flagship smartphone, the Galaxy S5, would be released in London, England sometime in March. There’s still no official word on the Galaxy S5’s release date, but this would fall in line with Samsung’s statement at the Consumer Electronics Show (CES) claiming it would hit stores around in early spring.

But there’s another exciting development surrounding the Samsung Galaxy S5’s release: according to ZDNet Korea, Samsung will launch the Galaxy S5 alongside the Galaxy Gear 2 smartwatch. Sources close to Samsung spilled the beans to ZDNet Korea, creating a firestorm of hype and anticipation by tech analysts and consumers alike.

If you read the ZDNet Korea article previously mentioned (don’t worry, it’s translated into English), you’ll notice the “source” also reinforces the rumor hinting toward a mid-March release in London, England for the Samsung Galaxy 5. This is exciting news for anyone who’s still holding out for a Samsung Galaxy S5 rather than purchasing the current S4 model. 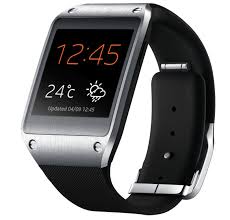 Can We Trust The Galaxy Gear 2 Rumor?

Unfortunately, there’s no easy answer to this question. Sometimes the rumors are right, while other times they aren’t. With that said, ZDNet is a reliable source that typically won’t publish information without clear supporting evidence. If you’re hoping to pick up a new Galaxy Gear 2 smartwatch to compliment your Galaxy S5 smatphone, you might be in luck.

Another piece of evidence supporting the Galaxy Gear 2’s release with the Galaxy S5 is a statement made by a Samsung executive. “When we release our S5 device, you can also expect a Gear successor with more advanced functions, and the bulky design will also be improved,” said Lee Young Hee, Samsung executive vice president of mobile.

The original Samsung Galaxy Gear smartwatch received mixed reviews from critics. Some people praises the company for designing a simple yet versatile “smartwatch,” while others complained it was an unnecessary piece of technology. You have to remember that the current smartwatch market is a Wild West of sorts, with companies still trying to perfect the technology. If Samsung plans to release a new version of their Galaxy Gear smartwatch, you can bet it will have some major improvements from its predecessor.

Will you purchase the Samsung Galaxy Gear 2 smartwatch? Let us know in the comments section below!