Don’t feel like waiting a couple more weeks for Samsung to unveil the Galaxy S5 at the Unpacked 5 event? Well, you’re in luck. We have a leaked rendering of what appears to be the Samsung Galaxy S5 along side the earlier S3 and S4 models. There’s no official confirmation by Samsung regarding the authenticity of the rendering, but tech analysts are claiming it’s the real deal. 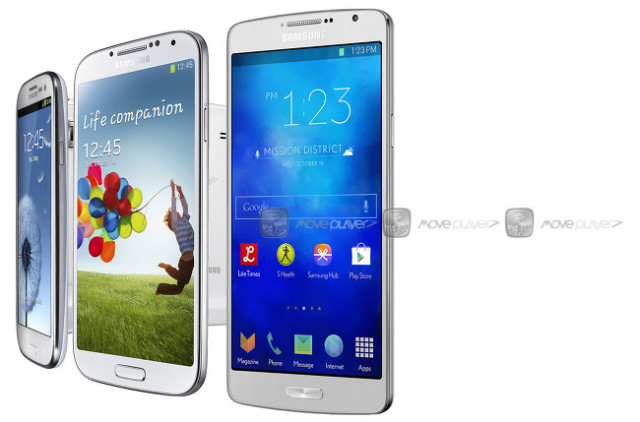 MovePlayer.net published the rendering on their website last week. While most Americans are unfamiliar with the Korean website, Move Player actually has a pretty solid track record of releasing accurate information about Samsung and their upcoming devices. They’ve hit the nail on the head in some of their previous leaks and rumors, including details about the Samsung Galaxy S4. Although they didn’t cite a source for the rendering, there’s strong track record leaves many people to believe that Move Player has published an authentic rendering of the upcoming Galaxy S5.

As you can see in the rendering above, the Samsung Galaxy S5 features a more “squarish” shape than its predecessors. The Galaxy S3 and S4 are designed with rounded corners, but the Galaxy S5 takes a different approach. The corners are technically still rounded, but they are squared off to achieve a more modern design. It’s a subtle design change from previous models that consumers will likely respond well to. I’m sure some people will have their own opinion regarding the Galaxy S5’s squared design, but I think most people — including myself — will view it as a fresh alternative to the previous Galaxy body styles.

It’s hard to say for certain, but the rendering appears to show the Galaxy S5 being thinner than the Galaxy S4. The Galaxy S4 is just 7.6 mm thick, making it extremely lightweight and easy to transport. Samsung would have to pull off quite a feat in order to slim down the Galaxy even further, but they certainly have the technological capabilities to do so.

What do you think about the Samsung Galaxy S5 depicted in the rendering above? Let us know your opinion in the comments section below!