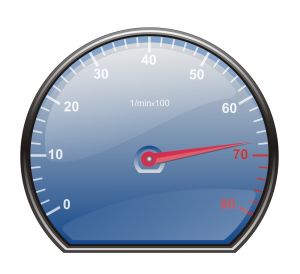 The Galaxy S5 is arguably one of the best all-around smartphones currently on the market. Its quad-core Qualcomm Snapdragon 801 processor paired with 2 GB RAM offers blazing-fast speeds that trump similar-priced mobile devices. Of course, this is probably why Samsung has already sold 10 million units worldwide. But what if the current Galaxy S5 speeds aren’t enough to meet your particular needs?

Thankfully, there are several steps owners can take to speed up their Galaxy S5 device, one of which is to disable the lock screen animation. Ever notice the rippling water that displays on the Galaxy S5 each time you unlock it? Although visually appealing, these animations consume both memory and processing power, which could be used for other more important tasks. To disable the lock screen animation, access Settings > Lock Screen > Unlock effect > and tap the button labeled “none.”

You can also speed up your Galaxy S5 by disabling unwanted and/or unused apps. The truth is that most people have far more apps installed on their device than they actually use. Some of these apps will continue to hog valuable system resources even they aren’t being used.  To disable apps, tap the app drawer icon and select “Uninstall/disable apps.” Next, scroll through your apps and tap the ones you wish to uninstall or disable. Uninstalling them will remove them from your device completely, at which point you’ll have to re-download them to use them again. Disabling, on the other hand, will keep the apps installed on your device but temporarily prevent them from working.

When was the last time you cleared your Galaxy S5’s cache? Just like your desktop computer stores memory in a cache, so does your Galaxy S5. Over time, cached memory will build up to the point where it begins to slow down the device’s normal functions. The easiest way to clear your Galaxy S5’s cache is to download and install the Cache Cleaner app from Google Play (search for Cache Cleaner). Once installed, run the app and tap the “Clear” button to erase all cached data associated with your apps.

These are just a few quick and easy ways to speed up the Galaxy S5. It’s also important to note that overheating may slow down your device. If your Galaxy S5 is unusually hot to the touch, avoid watching videos, playing games or performing any other hardware-intensive activities until it cools back down.

Know any other ways to speed up the Galaxy S5? Let us know in the comments section below!