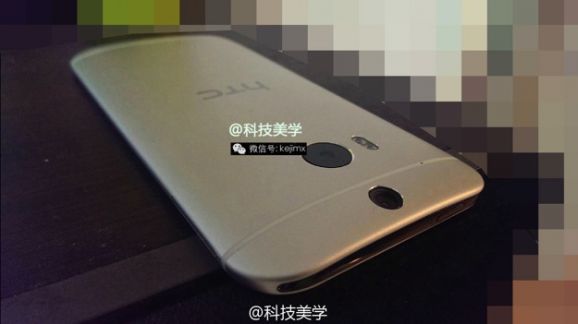 Leaked photo of the new HTC One.

It’s nearly a month since Samsung unveiled its flagship smartphone the Galaxy S5 at the Unpacked 5 event in Barcelona, Spain. Since then, we’ve had plenty of time to look over the hardware and software specs, comparing it to some of the current leading smartphones.

Galaxy S5 vs HTC One: Battle of The Smartphones

With a HTC One on the horizon, many people are wondering how it will fare against the Galaxy S5. After all, these are both two of the hottest smartphones on the market. So, which one comes out on top?

We have to base our decision off the official releases specs for the Samsung Galaxy S5 along with leaked details surrounding the HTC One. Samsung unveiled the Galaxy S5 last month, revealing the hardware and software used to power their flagship device, but it’s still not available for sale through the cell carriers. Reports suggest U.S. cell carriers will release the Galaxy S5 sometime in April.

PhoneArena recently published some leaked information about the HTC One, including its all-metal design. Unlike the Galaxy S5, the upcoming HTC One will feature an all-metal bod, which is likely to score some brownie points among consumers and tech critics.

In terms of size, both the Galaxy S5 and HTC One are about the same.  The Galaxy S5 has a slight advantage with its 5.1-inch display, whereas the HTC One (we believe) will have a 5-inch display.

Another area where the Samsung Galaxy S5 really shines above the competition is weight. As many Galaxy S5 fans know, Samsung’s flagship device weighs approximately 5.11 ounces, while the new HTC One is rumored to weigh 5.64 ounces. It’s not a massive difference, but  half an ounce can make a world of difference for consumers who constantly use their smartphone throughout the day.

Both the Galaxy S5 and upcoming HTC One feature top-of-the-line Snapdragon 801 processors. According to PhoneArena, however, the Galaxy S5 boasts a higher clock speed at 2.5 GHz. The HTC One’s processor will run at slower speeds of 2.3 GHz.

The Samsung Galaxy S5 and HTC One feature 2 GB RAM and are available in 16 and 32 GB models. They also feature a micro SD slot for additional storage expansion.

Note: The HTC One is expected to be released on March 25.

Do think the Galaxy S5 is better than the HTC One? Let us know in the comments section below!