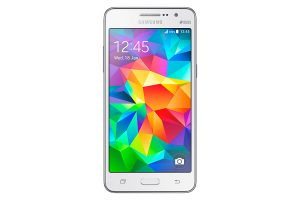 Samsung is known for producing multiple variants of its flagship smartphone, one of the latest being the Galaxy Grand Prime. Based on its name alone, you might assume this is a beefed-up version of the Galaxy S5, featuring better hardware components and other attractive features. Before you make a hastily decision and choose this variant over the original Galaxy S5, however, you should read our comparison of the two devices below.

The original Galaxy S5 features a brilliant 5-inch Super AMOLED, which delivers incredible images when watching videos, playing games, or engaging in other media-related activities. Samsung opted for a slightly larger 5.1-inch display with the Galaxy Grand Prime; however, it also features less colors (16 million), along with a lower resolution (540 x 960 pixel). This doesn’t necessarily mean the Galaxy Grand Prime delivers poor image quality, but there’s a noticeable difference between it and the original Galaxy S5.

One of the reasons why the Galaxy S5 was (and still is) such a popular smartphone is because Samsung designed it with a dust and water-resistant body. Using IP6/7 certification, it’s fully resistant to water and dust — a feature that’s not included in the Galaxy Grand Prime.

Would you choose the Galaxy S5 or Galaxy Grand Prime? Let us know in the comments section below!