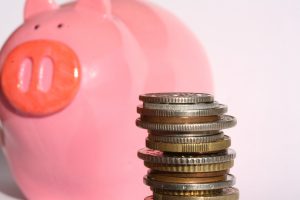 Samsung may have overshot its expectations with the Galaxy S5. According to a new report published by the Wall Street Journal, the South Korean tech company sold 4 million fewer Galaxy S5 units than Galaxy S4 units.

The report claims that Samsung sold 12 million Galaxy S5 units during the first three months of its release and 16 million Galaxy S4 units during thee first three months of its initial release. This is disturbing news for Samsung, who many people view as the leading smartphone maker. With sales slipping, we’ll likely see some changes occurring within the upcoming months. So, does this mean the end for Samsung’s smartphone business?

Not by a long shot. Yes, Samsung experienced fewer Galaxy S5 sales than predicted, but it’s still a phenomenal smartphone that ranks among the leading mobile devices currently on the market. The Galaxy S5 had numerous improvements over the Galaxy S4, including the use of a dust/water-resistant IP67 shell. Samsung was one of the first smartphone makers to include such a design in its standard flagship smartphone — a move that attracted a large number of consumers.

There’s a reason why you’re seeing more and more television commercials, radio adverts, and other promotional material for the Galaxy S5: Samsung has a surplus of its flagship smartphone that’s taking up valuable warehouse space. In order to move these units, Samsung is investing heavily into advertising. Unfortunately, though, it’s not yielding the results it had hoped for, as Galaxy S5 units remain stagnant inside the company’s warehouses.

But shareholders want to see change when sales begin to drop, so it’s safe to assume Samsung will alter its business strategy in attempt to keep shareholders happy. Rumors indicate that Samsung’s mobile division team leader J.K. Shin could be replaced.

“In all, Samsung sold about 40% fewer Galaxy S5 smartphones than expected, with about 12 million units sold to consumers in the first three months since April compared with about 16 million units for the preceding flagship phone, the Galaxy S4, according to people familiar with the matter,” wrote the Wall Street Journal.

Even with sales slipping, the Galaxy S5 remains a favorite smartphone by critics and consumers alike. Its high-end specs paired with Android 4.4.4 KitKat (Lollipop update underway) and TouchWiz UI makes it a powerful device. Of course, the company’s poor sales may actually benefit consumers, as it translates into lower prices. So if you’ve been waiting to purchase the Galaxy S5, now is the time to do so!